The changing religious profile of Asia:
Maps of Other Religions and the Irreligious

It would be instructive to look at those maps while reading through the description of the changes given in the previous note. 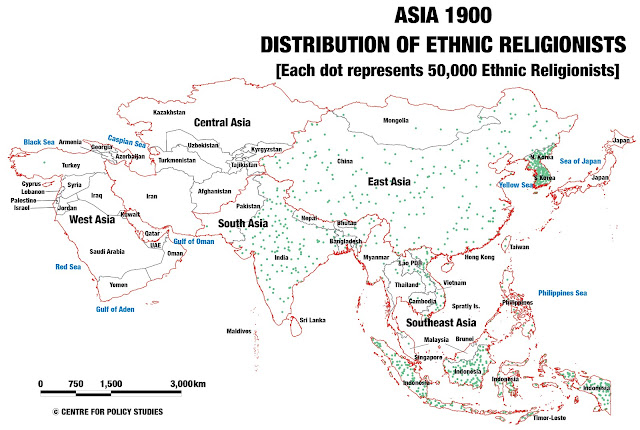 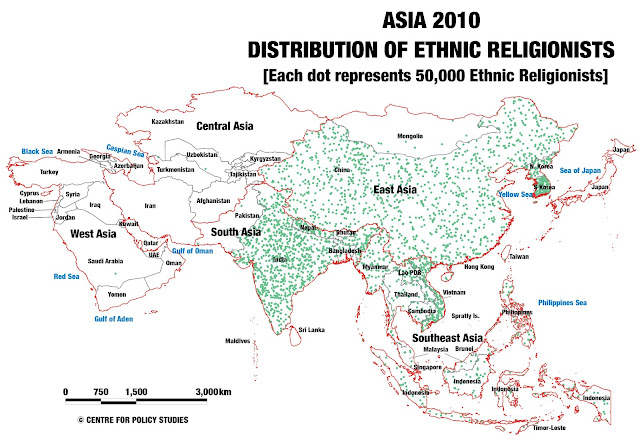 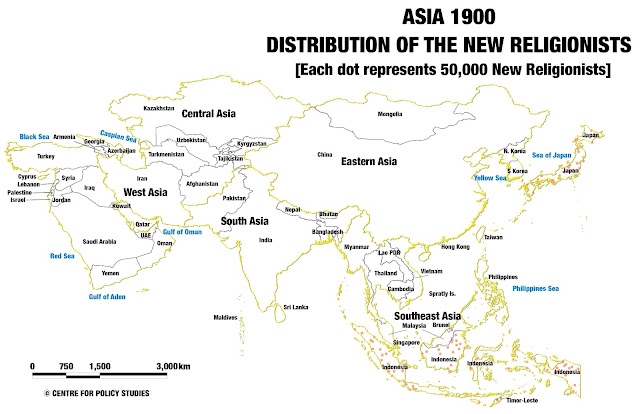 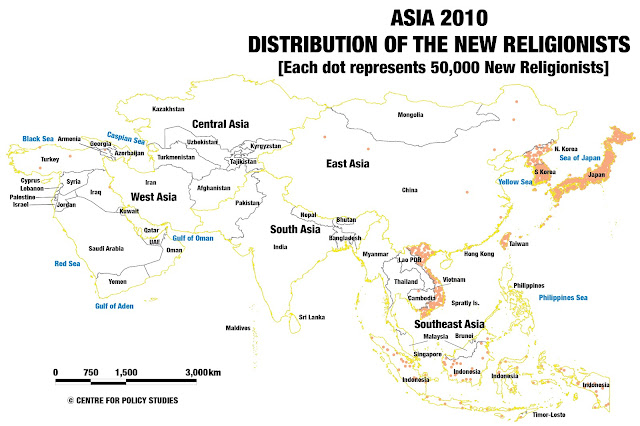 Notice that in 1900, New Religions are confined almost entirely to Indonesia and Japan. In 2010, their presence has become even more intense in Japan and they have acquired considerable numbers in Vietnam, South Korea and also North Korea. Their influence in Indonesia seems to have waned in recent past. 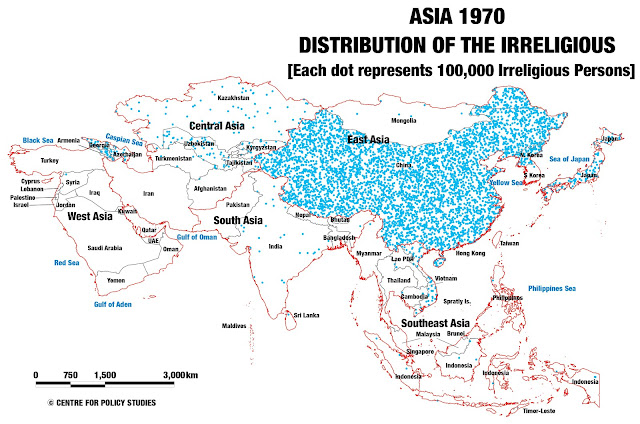 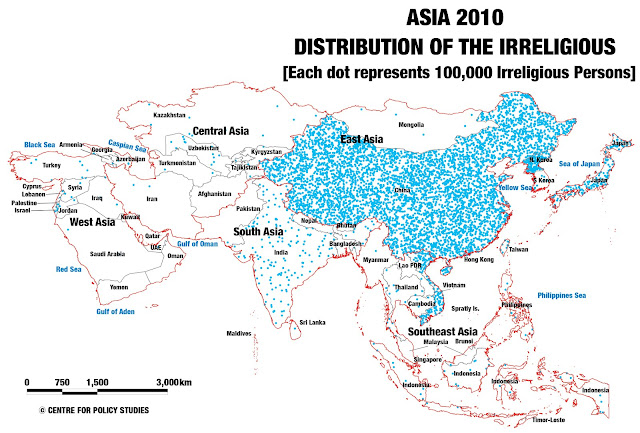 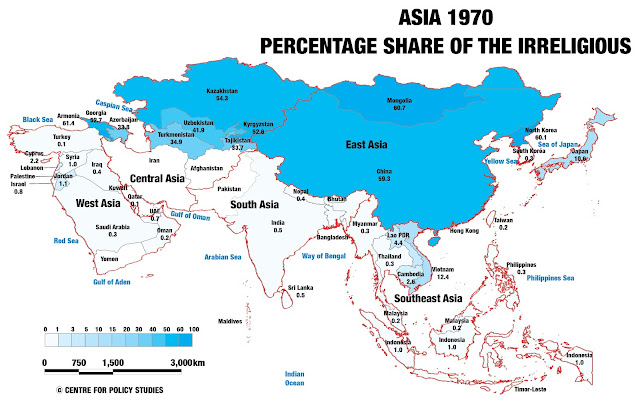 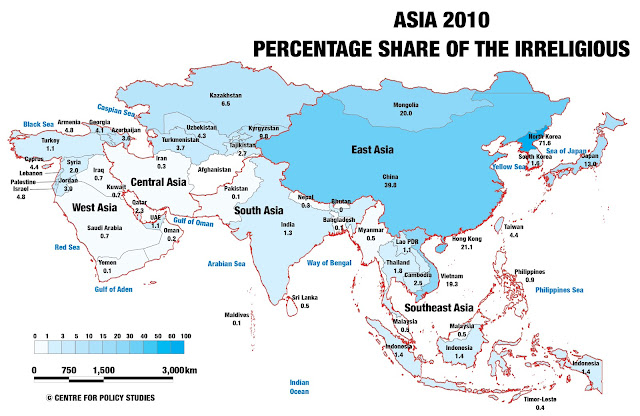