The changing religious profile of Asia:
Maps of Hindus, Buddhists and Chinese Religionists

In this graphical appendix to the preceding note on Asia, we present maps of the distribution and share of Hindus, Buddhists and Chinese Religionists across different regions and countries of Asia. Though this note can be read on its own, it would be instructive to consult these maps while reading the preceding note. A remarkable feature of the maps below is that Hindus, Buddhists and Chinese Religionists all are restricted to South, Southeast and East Asia. They have little presence in West and Central Asia. Compare these maps with the earlier maps of the distribution of Christians and Muslims given in our earlier note XLIII. As those maps show, both those religions have a presence in nearly every part of Asia. 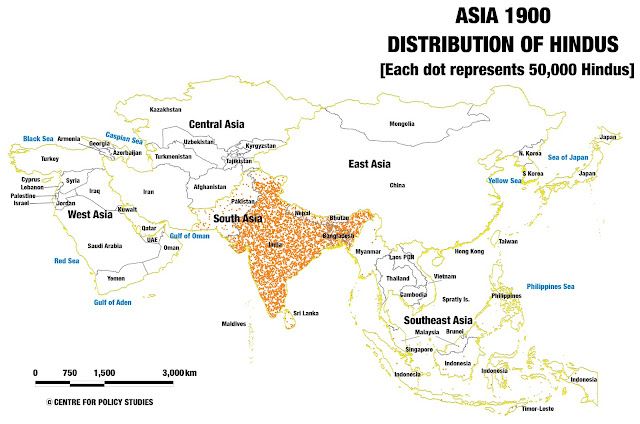 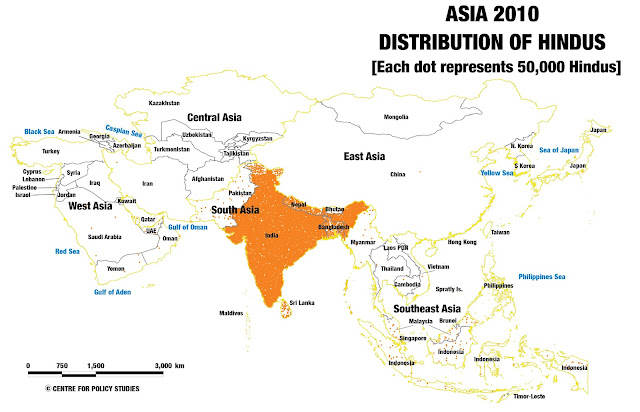 In the course of the last 110 years, Hindus have gotten confined to the truncated boundaries of India. They have been nearly completely eliminated from Pakistan and largely from Bangladesh. But their share has declined and their presence become sparser in Nepal, Bhutan and Sri Lanka also. 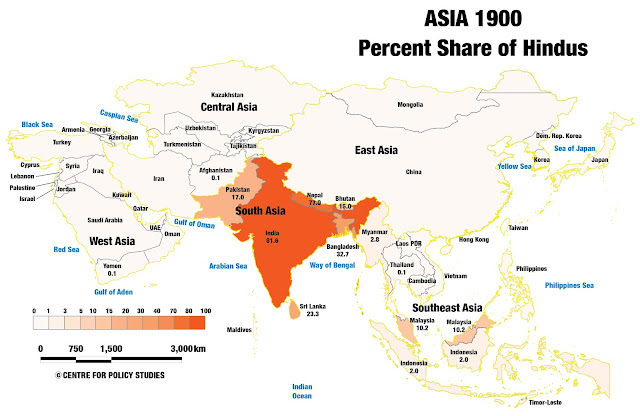 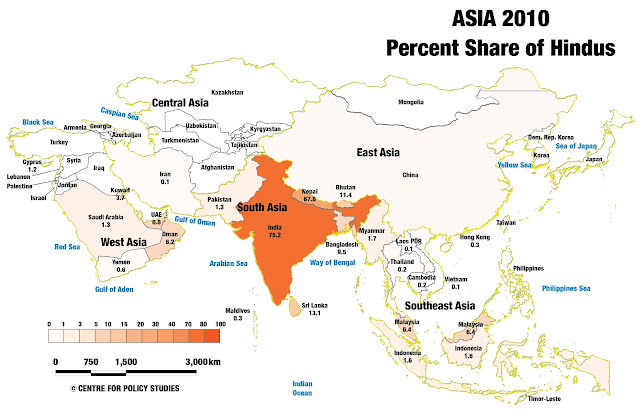 Notice the lowering of the share of Hindus between 1900 and 2010 in India and its surroundings, including Nepal, Bhutan and Sri Lanka. Also notice the near complete elimination of Hindus from Pakistan and drastic lowering of their share in Bangladesh. 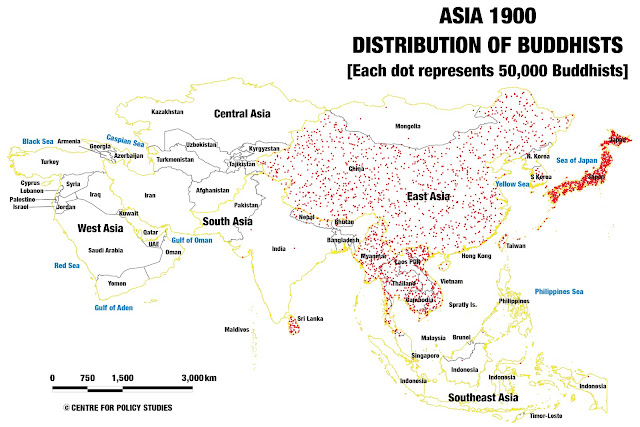 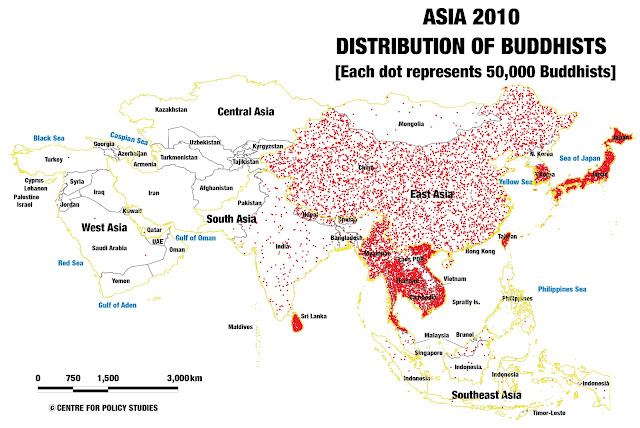 Unlike Hindus, Buddhists have expanded their presence to newer areas including India, South Korea and Mongolia. 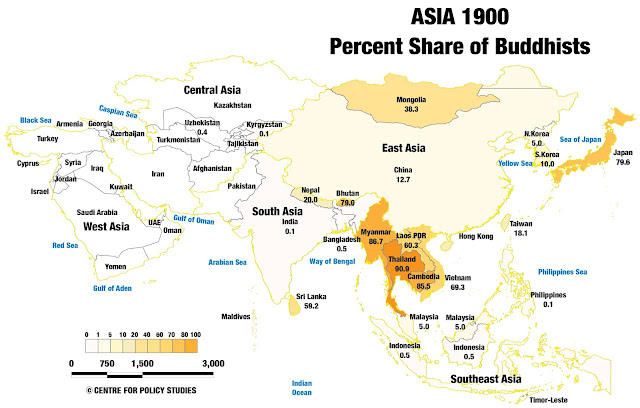 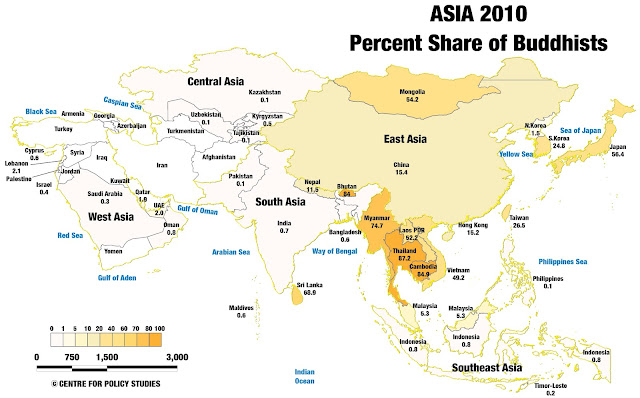 Notice that the Buddhists have improved their share in China and have expanded considerably in Mongolia and South Korea. Their share has also improved in India, Sri Lanka, Nepal and Bhutan. Share of Hindus has declined in all four of the latter countries. 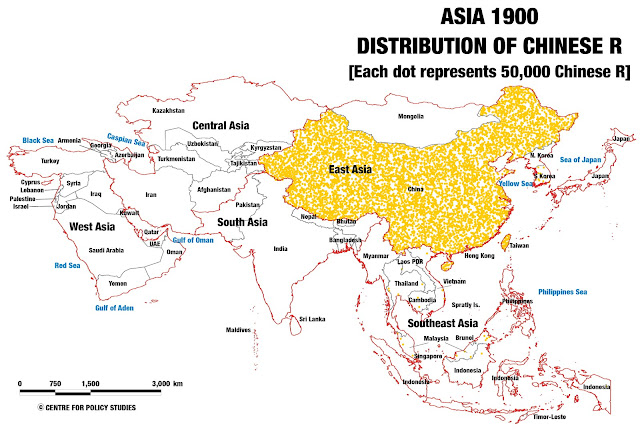 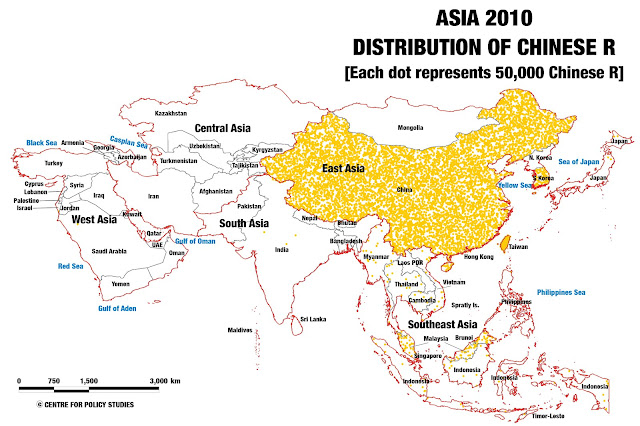 Chinese Religionists are confined mainly to China. During the last 110 years, their share in China has declined precipitously. Their presence has become less intense in Malaysia and Singapore also. But their presence has improved in South Korea. 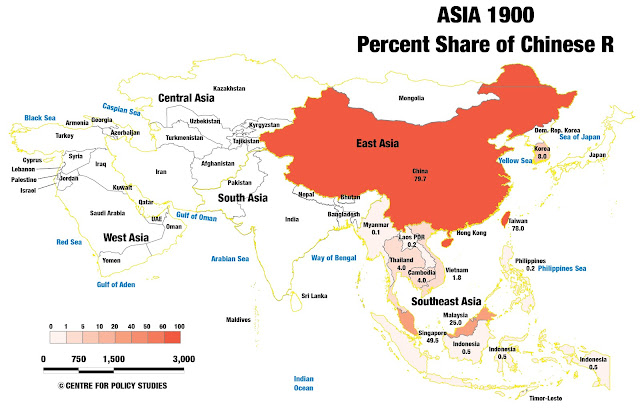 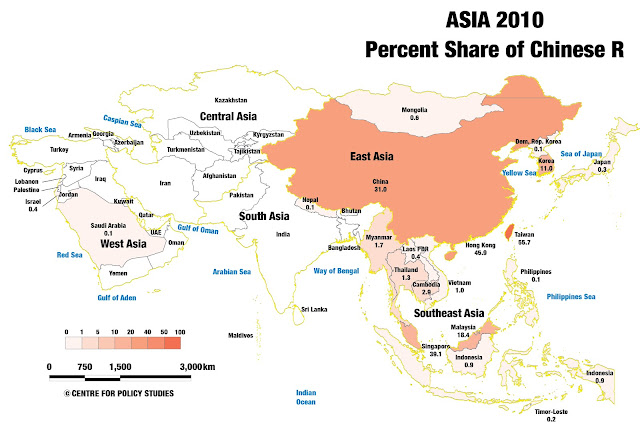 Share of Chinese Religionists has distinctly declined in all countries of East Asia except South Korea and there is some declined in Singapore and Malaysia also. But the decline in China, which accommodates nearly all of the Chinese Religionists, has been mainly because of the rise of irreligion. That process has now begun to reverse.