In our previous post, we described the great upheavals in the religious profile that Europe has gone through in the twentieth century. In this post, we show some of these changes graphically. The maps show the sharp rise of irreligion in East and parts of South Europe during the twentieth century, and the recovery of faith that East Europe has experienced in recent decades. In the latter period, the wave of irreligion has moved from the east to the west, with West, North and parts of South Europe undergoing a massive loss of faith. The maps graphically record this shift. The other great change in the religious profile of Europe is in the rapid rise of Islam in several countries of West and North Europe, while their growth has been relatively limited in East Europe. This shift of Muslim presence towards the west is also clearly seen in the Maps.

The Maps graphically show that the decline of faith and rise of Muslims are both happening in the same parts of Europe. Is there a correlation in the two phenomena? Does secularism make a people negligent towards the defence of their civilization?

The irreligious in Europe

As we have seen in our earlier post, irreligion was not a demographically significant phenomenon in Europe at the beginning of the century. Only the UK, Sweden, Norway, and Denmark in North Europe, Netherlands and Belgium in West Europe and Croatia in South Europe had non-negligible presence of the irreligious in 1900. By 1970, the irreligious had become a significant part of the population nearly everywhere in Europe, but their presence was particularly high in East Europe. Of 140 million Agnostics and Atheists in Europe then, 102 million were in East Europe alone. Now there has been a massive shift of the wave of irreligion towards the west. In 2010, of 109 million irreligious persons in Europe, only 28 million are in East Europe and 64 million are in West and North Europe. The Maps below graphically record this rise of irreligion in Europe and shifting of the phenomenon towards the west. 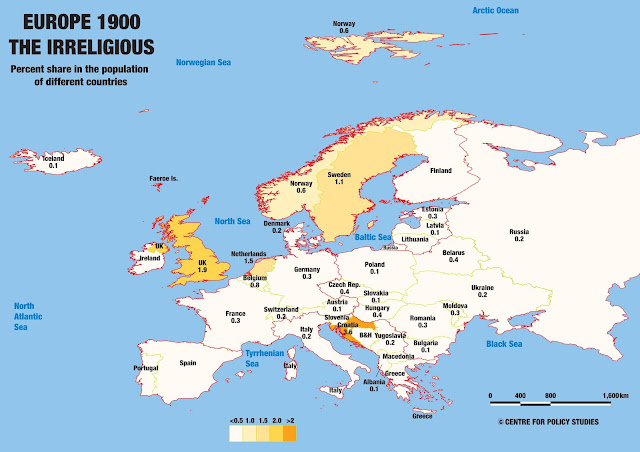 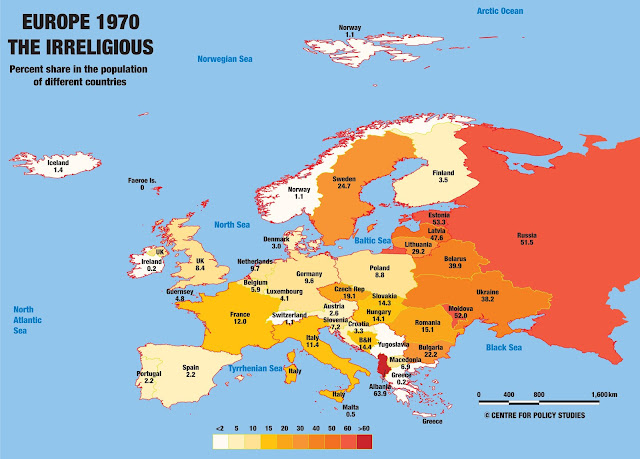 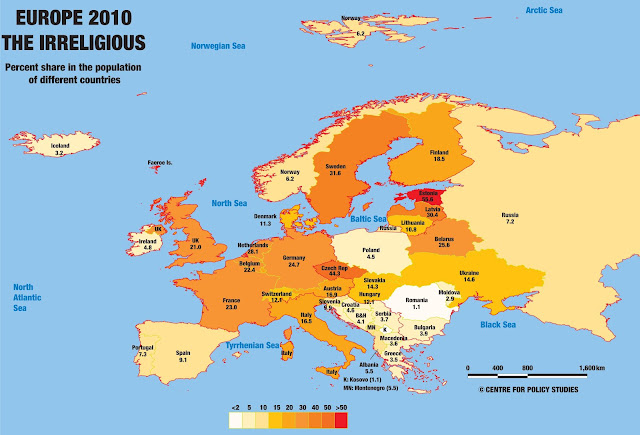 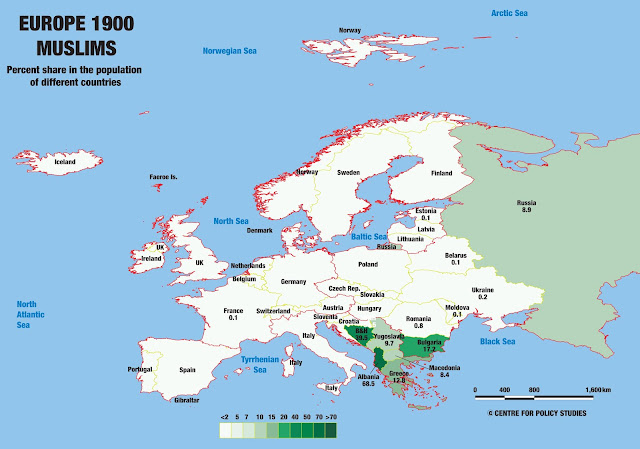 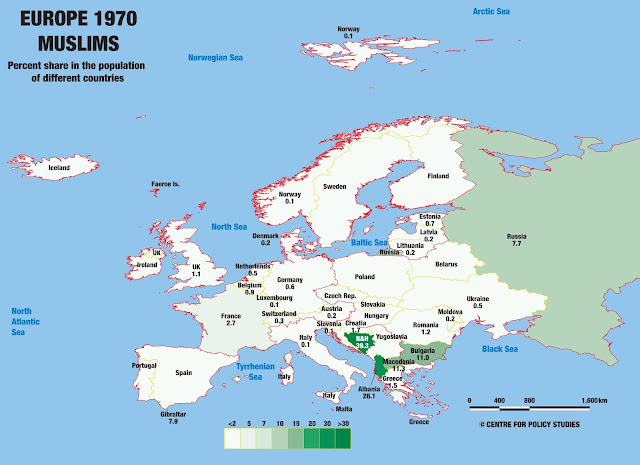 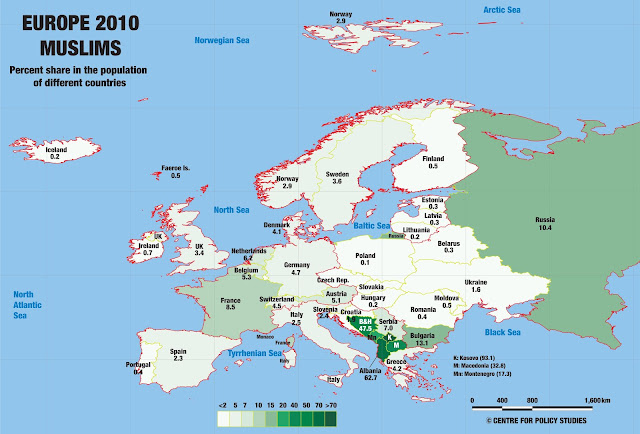 Let us end this note with the question that we raised in our previous post. The Maps here graphically illustrate that the regions of Europe that are experiencing a widespread loss of faith in Christianity are also the regions where Muslim presence shows a rapidly rising trend. Does that mean that the people who lose faith in the mainstream religion of their civilisation also lose the commitment and initiative to defend their civilisation from alien incursions? Europe needs to answer that question for itself; but the question is also important for us in India.
at 21:50